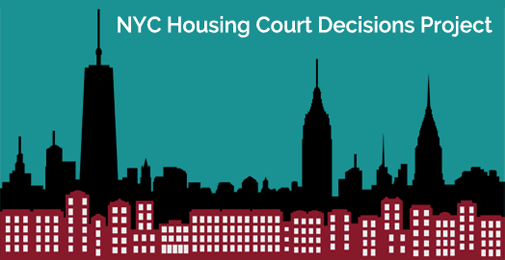 Petitioner was subtenant since late 2016/early 2017 paying respondent $1100-1300/month, but stopped paying rent when he discovered premises was an NYCHA apt with a rent of $148. Respondent and boyfriend harrassed petitioner, eventually removing him forcibly from subject premises 11/23/2021. Respondent left premises, stating "enough is enough," and removed all his personal property over several days. Court has not choice but to find petitioner relinquished his known right to premises, thus waiving rights to maintain the proceeding, and dismisses the petition without prejudice. Court notes that respondent's behavior throughout has been shameful and despicable, and the dismissal of the proceeding is in no way an endorsement of her actions in this matter.